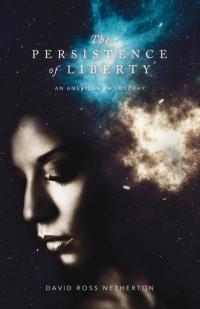 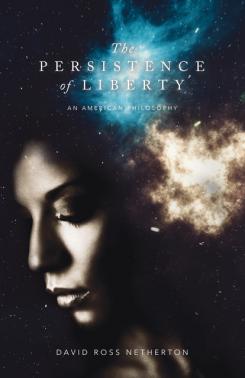 An American Philosophy
Published by Hermes Editions
Buy from:

This appealing book treats the genesis of contemporary American taste, tolerance and energy. The Persistence of Liberty illuminates the idealistic perspective that so many Americans share. In collected essays, it is part cultural history and part odyssey, traveling across recurring themes of the latter twentieth century in prose poetry that draws upon the arts, natural sciences, evolution of the spirit, and the liberty of the American moment to form its own practical philosophy.

The Persistence of Liberty: An American Philosophy offers collected essays evenly apportioned in four books, illustrating big ideas of the last several decades. Epigraphs announce ideas developed in the chapters and serve to connect the reader with familiar cultural subjects. Each quotation from an American writer or thinker provides an apt beginning to the point-counterpoint that delves into common wisdom of the themes.

Recalling decades of the fifties and sixties...

Society wandered back to school in large numbers, seeking formulae for modern life and material gratification.

The American sense of history stretches back only a few decades, kept in a suit-case full of remembrance.

The essence of hipness contemplated beatniks, suburban mentality, and self-commentary. Fantastic utopias and the ecstasy of discovery receded under the anodizing construction of equanimity and the situation comedy.


Recollecting decades of the sixties and seventies...

Staring into the magic of social progress, science, and technology, there was the search for secret knowledge.

The black American’s legacy is a struggle of two souls and the Third World. Racism makes war’s case.

A succession of careers forms a complete life only recognizable when it is done, having made and re-made itself.

Revisiting decades of the seventies and eighties...

Voyages toward full upright adulthood meant finding a place by leaving it.

The middle of Europe is Roman, Greek and Slav, described as being full of movement, not knowing where it is moving.

There is danger in being both bold and weak, and many await the vandals’ return.

Empire runs its course, and reordering doctrine eventually goes the way of empire, as villages revive their myths.

Intellectual breeding grounds of liberty include monuments to some vision of the future and the notion of social equality.

Reliving decades of the eighties and nineties...

Architecture creates horizons it then breaks through, building a bridge to what comes next.

Everything on television is delivered through an American prism that creates a cool place of the imagination.

Native peoples spoke of comprehending everything in a single lifetime in a universal vision with a whiff of destiny.

Physicist and ballplayer agree that the center of the universe is relative, and “it’s not the matter, it’s the field.”

The twinkling of American philosophy is liberty held in the joyful flow of undirected thought and the logic of change.